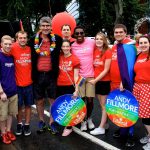 Hello and welcome to the Nova Scotia Young Liberals. I look forward to working with you as we prepare for a busy and exciting time this coming year.

With youth becoming more engaged throughout our society, there has rarely been a better opportunity for us to contribute to the democratic process, advance our policies and ideals, and make a real impact on our party. I’m excited.

We are want to follow up on the victory in the federal election that swept Canada from east to west. Now, we are preparing to support the Liberal cause for when the next election comes to pass. We want to grow our numbers and give our members the experience to help lead within their ridings when Nova Scotians are asked to go back to the ballot box.

We need your help. Your talents and enthusiasm are key as we work to make sure we can elect Liberal candidates in your riding. We need your voices, ideas, and time. It’s going to be fun. You’ll have the chance to make new friends, learn new things, and participate in a process that is at the heart of our society.

There is a bright future here in Nova Scotia. This is your chance to be part of shaping that future as part of the Young Liberals! We are proud to announce that the Nova Scotia Young Liberals passed the following priority policy at our policy conference on February 26, 2016. This policy will be brought to the floor of the Nova Scotia Liberal Party Annual General Meeting Policy Convention (April 2, 2016) to be voted upon by the NSLP membership.

WHEREAS many mental health emergencies happen in the off hours, including at night and outside the 9 to 5 working hours; and

WHEREAS current resources on university and college campuses are insufficient in addressing these emergencies, including insufficient campus counselling services after hours and Resident Assistant and professor mental health training; and

WHEREAS current solutions to these emergencies are limited to contacting a nearby hospital or the RCMP, which may be insufficient in properly addressing these situations;

THEREFORE BE IT RESOLVED that a Liberal government implement a province-wide, cross-campus requirement for professors, residence assistants and campus administrative staff to attend and complete an approved mental health training program, such as the Mental Health First Aid Program run by the Mental Health Commission of Canada; and

We are excited to announce that the following policy, the NSYL’s resolution for the NSLP 2014 AGM was expanded upon and accepted at the AGM in March. Thank you to all for your support for this policy addressing a real issue for many Nova Scotians.

WHEREAS the United Nations Population Fund, in 2012, declared contraceptives a world-wide human right; and

WHEREAS a lack of affordable access to birth control has been shown to be a key driver in increasing teen pregnancy rates;

THEREFORE BE IT RESOLVED that the Liberal government will create a program under the department of Health and Wellness to provide partial coverage of the cost of contraceptive birth control to persons who would otherwise be unable to reasonably afford it, up to the age to 25.

SMART for ME – Goal Setting for Campus Clubs